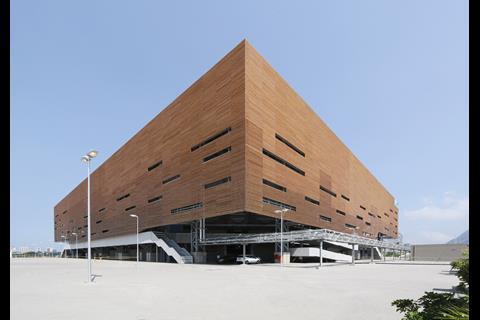 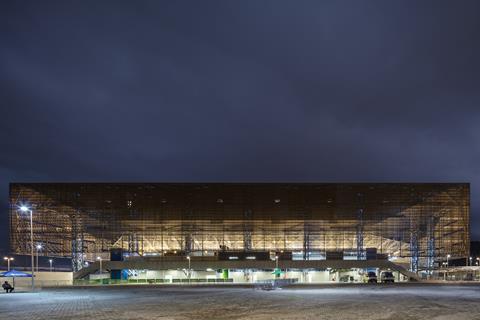 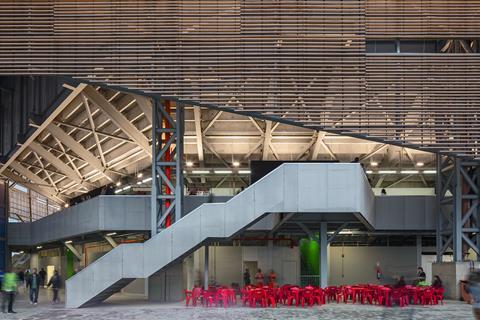 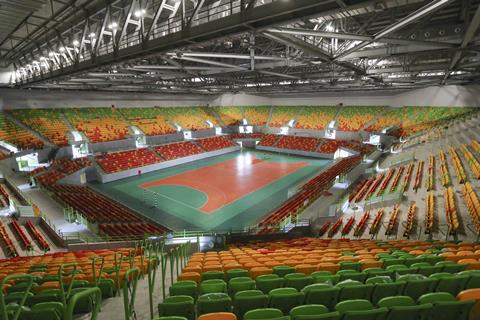 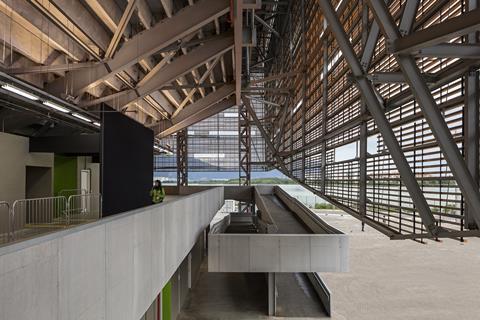 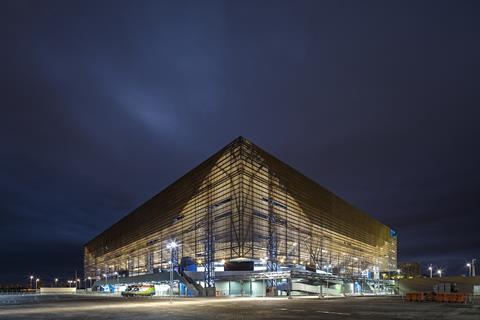 London-based AndArchitects has released photos of the temporary 12,000-seat handball arena it designed for this year’s Olympic and Paralympic Games in conjunction with Brazilian practice Lopes, Santos & Ferreira Gomes.

The structure, dubbed the “Future Arena”, was created using a technique described by AndArchitects as “nomadic architecture” and will be dismantled post-games and used in the creation of four state schools.

AndArchitects said the main parts that would be reused in the schools were its roof, rainscreen cladding, main structural steel elements, and disabled ramps, which will form the shells of the four schools.

It said the open nature of the rainscreen and external ramp created a “distinctive architectural language” for the arena and would be recognisable in the architecture of the new schools.

AndArchitects managing director Manuel Nogueira said that while Lopes, Santos & Ferreira Gomes had led on the project, his practice’s experience with six temporary buildings at the London 2012 Olympics had helped the partnership jointly win the bid for the project, valued at a total of £48m.

“Careful thought was given to what materials and systems of construction would allow this transition with minimal wasted material,” he said.

“The schools were designed simultaneously with the arena. The grid for the floor plates and the roof were all designed from the outset for both buildings so that the panels on the façade and on the floor and roof could be easily relocated in order for the modules to work for both buildings.”

AndArchitects said the venue had been hosting test events since late April. 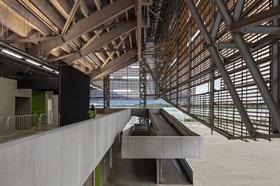