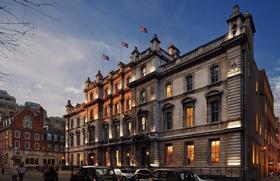 Rise has picked up the job after McLaren, which was reported to have won the main contractor role on the job in June 2013, left the project. Construction data service Barbour ABI says McLaren left its role on the project in April this year.

The museum will be built in and around the original ground floor police cells, which once housed prisoners including the Kray twins, Oscar Wilde and Casanova.

The work will include the construction of a part six-storey and part three-storey extension along the north, south and east sides of the rear court yard, and a two-storey extension above the existing Martlett Court Wing.

Other major Rise projects include the project manager role on construction of the UK Pavillion for next year’s Milan Expo.

Bob White, chairman of Rise, said: “It is a great sign of growth for Rise to have been awarded the construction management contract for the Bow Street Hotel. We are extremely excited to be working on such a high-profile project.”