RLB brings in company veteran to head up Birmingham office 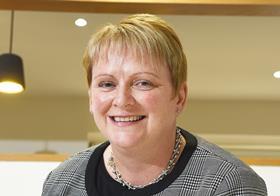 Reynolds (pictured) joined the firm in 1994 as a graduate QS and has since helped set up the firm’s office in Welwyn Garden City as well as head up its national programme management team.

She was recently national head of the firm’s key accounts and now heads up an office which accounts for 10% of RLB’s £80m turnover in the UK.

The firm’s recently appointed national head of infrastructure Andrew Stamps is also based in the Birmingham office.

The firm is currently outlining its 2030 growth strategy plan to its 675 UK staff ahead of a formal launch later this year. The company has previously said it wants turnover to be £160m by this date.

Its Birmingham office currently employs 140 staff with RLB wanting to double numbers by 2030.