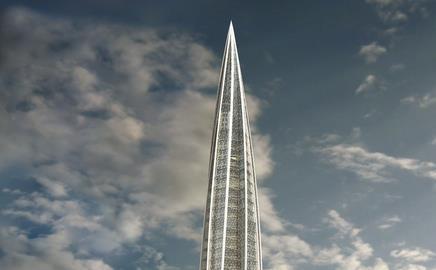 Edinburgh architect RMJM hit the headlines six weeks ago when it squared up to Unesco over the proposed £397m Gazprom tower in St Petersburg.

The UN’s cultural organisation said the 400m building (pictured), the planned home for the Russian gas giant and world’s third largest company, did not fit with the city’s world heritage status.

Tony Kettle, RMJM’s design director, disagreed and pointed out that the tower was 5km from the historical centre. A row ensued over whether Unesco had admitted that it had started to agree with him.

This week, according to Hugh Mullan, RMJM’s UK managing director, it nearly has. He says: “We feel we are winning them around to our way of thinking. Hopefully by June there will be a decision.”

The news follows a strong set of results for RMJM and it is now telling anyone who will listen that it is well-placed to survive the credit crunch.

There are two reasons for its bullish stance; one more controversial than the other.

The divisive issue that underpins its upbeat mood is its increasing ties with sovereign wealth funds (see box). These state-controlled investment vehicles are expected to have amassed funds of $10.2 trillion (£5 trillion) in the next five years.

No wonder Declan Thompson, its finance director, is excited. He says: “Providing design expertise to sovereign wealth is an important part of our business plan. The advisers to Middle Eastern sovereign wealth and to the Russian energy sector are familiar with our business and provide opportunities for growth.”

Mullan is not concerned about the bad press the funds have attracted. He says: “The negative coverage is about their lack of transparency and perceived political intentions. Our dealings aren’t in that context.”

We have clear rules and regulations. Everything has to be above board

He adds: “We have very clear rules and regulations. Everything has to be above board and the paperwork has to be solid.”

He insists working on sovereign wealth-funded projects is no different to others, but he is aware of the sensitivities. He says: “We won’t go into areas where there’s doubt over the source of funding. Foremost in our mind is that the UK must have strong diplomatic ties with the countries in question.”

The second, less contentious, cause for its optimism is its diversification strategy. The company relies on public spending for 70% of its global turnover, based on the assumption that it is not subject to the vagaries of the commercial and residential markets. Mullan says: “Even in times of economic difficulty the government has to build schools and hospitals.”

It is a strategy that it recently exported to America. In June last year it bought Hillier Architecture for £15m to take advantage of the $40bn that will be spent over the next 10-15 years in the education sector.

What are sovereign wealth funds?

These are state-controlled investment entities funded by foreign exchange reserves received from the export of commodities such as oil or gas. Countries with funds include China, the UAE, Malaysia and Russia. Their activity has increased recently, owing to high oil and gas prices, and they have invested billions in banks hit by the credit crunch. Concerns exist over their lack of transparency and the political implications of foreign states investing heavily beyond their borders. In 2006 Dubai had to sell six US ports shortly after buying them because the deal led to a security row.