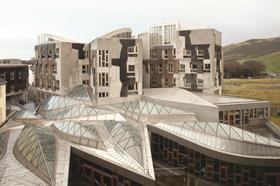 Architect RMJM is facing a petition for a winding-up order in the Scottish courts from its former PR firm The Big Partnership.

Building revealed in April that RMJM had parted company with The Big Partnership, which describes itself as “Scotland’s leading public relations consultancy”.

Now, it has emerged that the PR firm lodged a petition to see RMJM Ltd wound up in Edinburgh’s Court of Session at the beginning of this month. Following a petition, the courts must decide whether to grant a winding-up order, which would result in a company being put into compulsory liquidation.

A court spokesperson said on Wednesday that the winding-up petition “was lodged on 1 June by The Big Partnership”. He added that the petition had been registered but has not yet been ruled upon and said he could not comment on the basis of the petition.

It has also emerged that construction industry credit information provider Top Service, which has previously said it was monitoring RMJM, has withdrawn its credit limit guidance on the firm following its failure to file company accounts on time.

As Building went to press on Wednesday, accounts due at the end of January had not been filed at Companies House.

Top Service operations director, Matt Ricketts, said: “It is very unusual for a company as large as RMJM Group Ltd to neglect to file statutory information on time.”

According to a search carried out on Wednesday by official records organisation the Registry Trust, RMJM Ltd, RMJM Scotland Ltd and RMJM London Ltd have a total of £287,000 worth of county court judgments from creditors which have yet to be satisfied.

A RMJM spokesperson claimed Building’s information was “materially incorrect”. It was unclear as Building went to press whether RMJM had received the petition. The spokesperson continued: “I can also confirm without reservation that we do not have any unsatisfied county court judgments.” This was on the same day Building received its information from the Registry Trust.

Update: Since Building went to press -

A spokesman for RMJM said the petition against RMJM Limited, confirmed by the Scottish Court of Session, was against one of the group’s “non trading subsidiaries” and arose during the process of resolving a commercial dispute with its former PR advisers. He added: “This issue was never in court and has been resolved to the mutual satisfaction of both parties.”