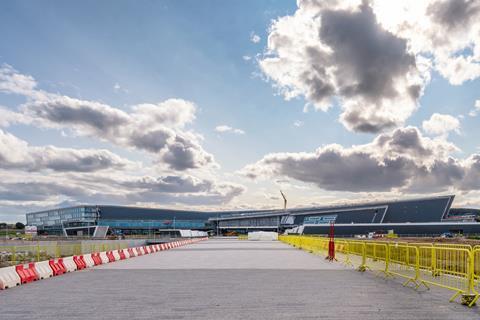 Scottish contractor Robertson has reported a spike in both profit and turnover in the past year, with activity in major construction schemes giving the firm a lift.

The contractor, which is building the £333m Aberdeen Exhibition Centre (pictured), its largest ever scheme, said its major projects division was also working on an £80m project with Boeing UK that will see a facility to house new sub-maritime search planes for the RAF built in Lossiemouth.

It has also recently handed over the £140m Macallan distillery project, designed by Rogers Stirk Harbour & Partners, is in the final stages of completing the new £64m Balfour Hospital in Orkney and recently signed a 30-year framework deal with Eastbourne and Lewes council for work in southern England.

Robertson increased its headcount by 18% to 2,293 across eight regional construction and special division businesses covering local markets in the Highlands, Aberdeen, Dundee and central Scotland. It also has businesses in the North-East and Midlands in England.