The firm beat 12 others, including Foster’s and UN Studio, to the work which will feature a new terminal, boarding gates, concourses and a multi-function building as well as transport infrastructure. 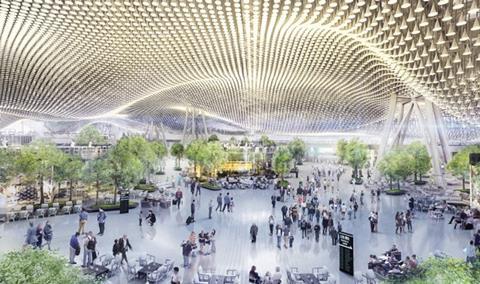 The scheme will finish by 2020