Rogers Stirk Harbour & Partners is making up to 30 redundancies, it has announced.

In its last published accounts, for the year ending June 30, 2018, the firm behind the Leadenhall Building, better known as the Cheesegrater where it is based (pictured), said it had 181 employees – meaning on these figures around 17% of staff are affected. 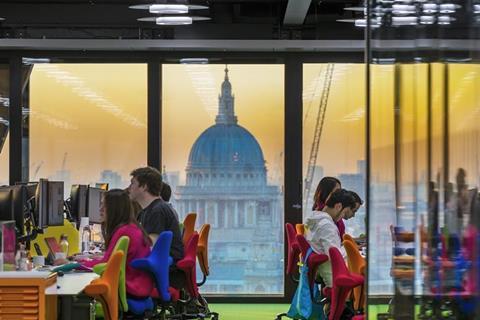 The roles will go at the end of next month, with the practice blaming the covid-19 pandemic, the possibility of a no-deal Brexit and a general lack of confidence in the market.

The combination of factors had resulted in uncertainty hitting several of the firm’s projects, it said in a statement, without specifying which. Despite some prospects outside the UK, it needed to cut staff to match its diminished workloads, it added.

Two years ago, the practice made 15 staff – around 10% of its then workforce – redundant because economic uncertainty which it blamed on Brexit had delayed “numerous” UK projects.

Last year, the firm completed work on a £125m student and staff building for the LSE at Aldwych built by Mace.

Last month, Building’s sister title Building Design revealed that the practice’s founder, Richard Rogers, had retired aged 87. The move will lead to his name being removed from the practice within two years, as part of a succession plan agreed in 2007.