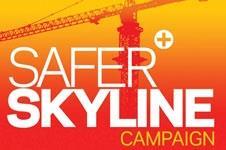 Building’s Safer Skyline Campaign emerged victorious on Tuesday after winning the editorial campaign of the year category at the annual Periodicals and Publishers Association awards.

Our campaign to improve crane safety beat off competition from campaigns by both trade and consumer titles.

The Safer Skyline Campaign was launched in 2007 following a spate of fatal crane accidents on construction sites. It urged a HSE blitz on sites, more rigorous checks on cranes over 10 years old, and a public register of checks on cranes.

The campaign scored an almost instant victory when MPs signed an early day motion backing it and 20 of the 30 biggest contractors and housebuilders lent their support. Unions handed out hundreds of campaign posters on sites. The HSE immediately met the magazine’s first demand, exposing a catalogue of serious safety errors. A number of major builders dramatically improved their approach to crane safety – some even banning the use of cranes more than 10 years old. James Purnell, then the minister for the Department of Work and Pensions, wrote to the HSE to demand that it start a crane register.

The crowning success of the campaign came in January, when the HSE buckled to pressure and agreed to create a register of safety checks on tower cranes.

The judges said: “Building’s Safer Skyline campaign was fantastically successful for the magazine and its readers. By the end of 2008, the campaign had achieved everything it had set out to achieve, vastly improving the safety of construction sites.”