The parlous state of some of the country’s run-down hospitals is putting the safety of NHS patients at risk, more than 80% of the service’s executives fear.

According to a survey carried out by NHS Providers – the membership organisation for the NHS’s acute, ambulance, community and mental health services that treat patients and service users in the NHS – a vast majority of hospital bosses believe risks are being increased by a continued shortfall in capital investment.

Statistics published by the Estates Return Information Collective (Eric), published earlier this month, suggest there is a £6.5bn backlog of maintenance work across the NHS’s hospital portfolio, up from £6bn a year ago. More than half of the backlog covers maintenance issues deemed to pose a “high” or “significant” risk. 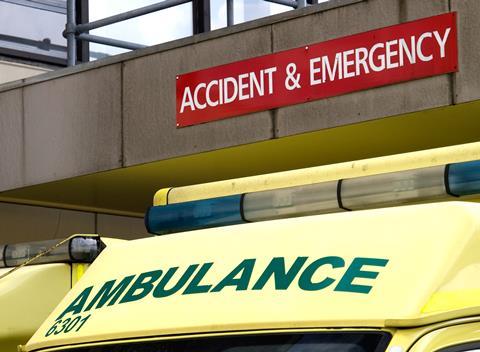 Clearing the high-risk problems alone would cost the NHS £1.1bn, twice the level in 2016.

While prime minister Boris Johnson has promised a £1.8bn boost to maintenance spending across the NHS estate, as well as £2.7bn for six new hospitals, there are question marks within the service about how the extra cash is being targeted.

Helen Buckingham, director of strategy at the Nuffield Trust, a health think tank, said there was no “immediately obvious” relationship between the recently announced projects and the trusts which have the biggest repairs backlogs.“We weren’t able to see the criteria for choosing,” she says, pointing to the contrast between two London hospitals.

The cost of the backlog for repairs at the Epsom and St Helier trust, one of those identified for a new hospital, is £34m, while the figure for nearby Hillingdon is £52m, according to the Eric data.

Richard Mann, director of Aecom’s building engineering healthcare practice, said the main reason for the growing backlog was that while NHS revenue budgets had risen in line with inflation in the past decade, capital budgets had not enjoyed the same protection.

Mann said he understood why some projects which had worked up business cases had been given priority, rather than others. He said West Hertfordshire Hospitals NHS Trust was an example of where work to prepare a business case has been carried out and partners have been lined up to deliver.

Mann estimated the spending boost could lower the NHS maintenance backlog by about one-third.

“These six projects will make a dent but not necessarily a significant dent,” he said.Another concern for trusts and their construction supply chain is that while short-term injections of cash will always be good news for beleaguered capital budgets, they are no substitute for a long-term investment programme.

The six NHS trusts promised new hospitals will have to take the government’s recent pledge on trust, given there are no capital commitments beyond the lifetime of the one-year spending review recently announced by chancellor Sajid Javid.