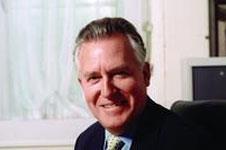 The Strategic Forum will devise a health and safety action plan this month, despite Peter Hain’s departure.

Hain, former secretary of state for work and pensions, kicked off a safety summit last September to address construction issues but was replaced by James Purnell in the recent cabinet reshuffle.

John Spanswick, chairman of the Strategic Forum Health and Safety Group, said the group would push on regardless.

He said: “That’s not going to prevent us from doing it, this is an issue we need to take ownership of.”

Spanswick said the group would meet on 25 February to discuss the conclusions of the three individual working groups on sharing information, competence and working involvement.

He said: “The group’s not just going to be a talking shop, we’ve got to have an action plan and people who’ll get involved in delivering that.”

Spanswick has also written to Purnell asking for a meeting to talk about how he would like to take the initiative forward.

The forum was set up to discuss the framework for action agreed at the Hain summit last September. It continues to report to health and safety minister Lord McKenzie.

The sharing information group is chaired by Construction Confederation chief executive Stephen Ratcliffe; the competence group is headed by Simon Mantle, health and safety services manager of the National House Building Council; and the worker involvement group will be chaired by UCATT general secretary Alan Ritchie.