Travis Perkins said booming demand in housing and infrastructure helped sales for the first three months of the year jump more than 13%.

The builders merchant said revenue in the first quarter to the end of March was up 13.6% on the same period last year.

It said a backlog of social and infrastructure work, along with demand for new housing, help push sales at its merchanting division, which includes building materials, up 17.9%. “Pricing accounted for approximately two-thirds of the growth with manufacturer increases continuing to be passed through in an orderly manner,” it said. 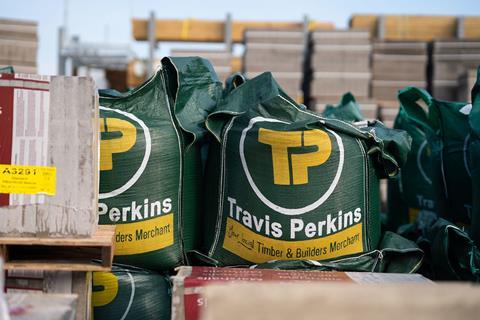 But it said revenue from its tools business Toolstation was down 6% on the same quarter last time which included the period when the UK was coming out of lockdown.

In this morning’s trading update, the firm added: “The Group’s forecast for materials price inflation, which was originally expected to ease into the second half of the year, is now more uncertain with pricing likely to form a higher proportion of sales growth across the year than previously thought.”

The firm is due to release its interim results on 2 August.