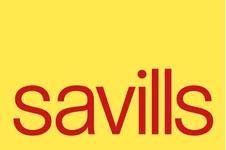 Upmarket estate agent Savills has become the latest casualty in the housing market slump, following their announcement today of a 41% fall in its pre-tax profits.

The announcement comes as Nationwide reported the first double-digit fall in house prices in August since the 1990s, when the UK was last in the throes of a recession.

Peter Smith, chairman of Savills, admitted that 2008 continued to be a “challenging year for the real estate industry worldwide.”

Revenue for the international estate agents was down by 2% on the same period last year.