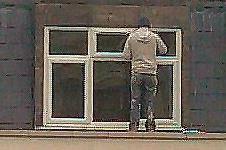 The Government is to invest around £7.5m in new Scambuster teams across the country.

The specialist Trading Standards teams will work with police across local authority boundaries to catch fraudsters, including cowboy builders.

The national crackdown follows successful pilot schemes in the Midlands, North East and a combined team working across the South East, East and London.

The pilot teams will run until 2011 and the Department for Business has asked Trading Standards offices in regions without a team to bid for a share of the £7.5million fund.

John Hutton, secretary of state for Business, Enterprise & Regulatory Reform, said: "Cold calling fraudsters who prey on the elderly and vulnerable bring fear to our communities. We are determined to shut them down and bring them to justice.

"These illegal scams cost people in the UK billions of pounds each year. Consumers deserve a fair deal, not to be ripped off or conned by the bogus sellers that give legitimate business a bad name."

The government estimate the teams have saved consumers £3m since September 2006.

A surveyor was sent to jail last week after conning elderly people across the Midlands. In October 2007 teams carried out a raid on a family of cold calling tarmacers.