Schools 'blackmailed' into swapping IT flexibility for BSF buildings 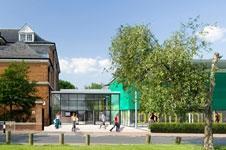 Schools fear that they are being blackmailed into reduced IT flexibility in exchange for new BSF schools, the head of the Association for School and College Leaders (ASCL), has warned.

Malcolm Trobe said some head teachers had been forced to choose a central ICT [IT] system over their trusted supplier as part of the BSF contract leading to the loss of independence and the ability to develop the materials they want for their pupils.

“There are issues to do with the managed ICT service,” said Trobe. “People want to push schools towards a central service for the Borough or Authority. But schools themselves aren’t convinced this is going to be flexible or appropriate. They are being bullied or blackmailed."

He added that other schools were concerned about the enforced cost of such systems. “Some schools are being quoted £160 per pupil per year and they are saying that they can’t afford that.”

Trobe said he thought the aim of a standardised ICT provision was to increase the quality of technology in schools overall. However, all schools are not equal.

“Many schools have developed their own ICT programmes and have their own systems they have worked with. It’s a critical aspect of changing pedagogy in some schools. Some are being very innovative in terms of how they are using ICT such as mobile technology.”

People want to push schools towards a central service for the Borough or Authority. But schools themselves aren’t convinced this is going to be flexible or appropriate. They are being bullied or blackmailed

Malcom Trobe, head of the Association for School and College Leaders

He said head teachers were scared of going public on the matter for fear of souring long-term relationships with service providers. Trobe is also headteacher of Malmesbury School in Wiltshire.

Schools technology expert, Professor Stephen Heppell, said centralising ICT risked ruining intricate local arrangements. “Often kids have built up the network at school and gone to work for Joe’s networking shop down the road. It is very important that these types of relationship are allowed to be continued.”

He added that centralising ICT was a key part of attempting to de-risk the BSF framework. “If the ICT fails, the whole contract fails,” he said.

But Mike Colman, Partnership for Schools regional operations director, said it was up to schools to negotiate their individual ICT requirements with local authorities. "ICT provision is done on a case by case basis."

Both Malcolm Trobe and Stephen Heppell will take part in the Building and Building Design-sponsored Building Schools Education and Conference next year (BSEC 2009).