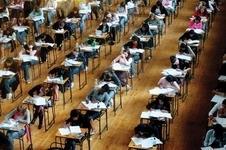 The pressure of the Building Schools for the Future (BSF) rebuilding programme is slowing down the day-to-day management of some of the schools involved, a report has said.

The first annual evaluation of the school rebuilding programme, carried out by PricewaterhouseCoopers, said the scheme was putting pressure on educational resources.

Head teachers felt under pressure and lacking in time and support, the study said. More than half of those questioned said they lacked adequate funding to sustain the school.

The report, which was published yesterday, said: “Overall, the findings suggest that additional resourcing required for BSF was having a significant impact on the day-to-day running of the school.”

It found that most of the schools examined did not have a dedicated BSF manager which meant staff had to find extra time in the normal day to deal with the projects.

Rebuilding schemes were costing local authorities more than they had anticipated, it added.

But the authors said the vast majority of head teachers believed the £45bn programme would transform existing premises and improve teaching, learning and behaviour.

Most teachers thought current school buildings were of poor or average condition and did not meet the needs of staff or pupils, the report said.

The study, which was commissioned by the government in 2006, interviewed head teachers, local authority officials and stakeholders involved in 25 BSF projects.

Schools minister Jim Knight said: “Head teachers want to sweep away the legacy of underinvestment in secondary school buildings and the severe backlog of maintenance – that is what the government is fully committed to do.

“We commissioned this official independent evaluation to listen to schools, to learn lessons and, where needed, to improve the management and delivery.”

Tim Byles, Partnerships for Schools chief executive, added: “As with any project of this scale, we are continually learning lessons and refining our processes.

“This first evaluation will help us in this, and we look forward to seeing the result of future research into the effectiveness of the BSF programme.”

Publication of the report came as contractor Balfour Beatty won a £150m contract from Knowsley Council to build seven schools.

Learning21, a joint venture between VT Group and Costain, has also been appointed to a £210m BSF scheme in Lewisham.