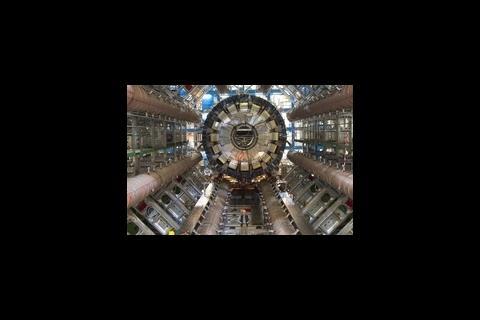 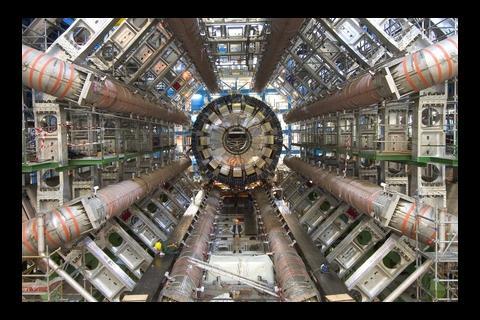 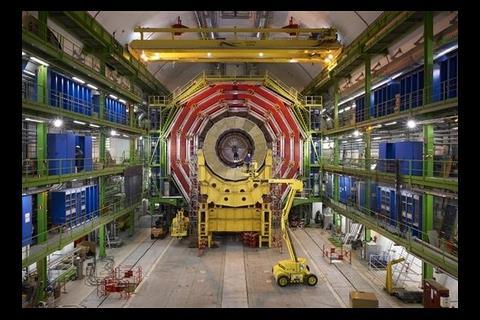 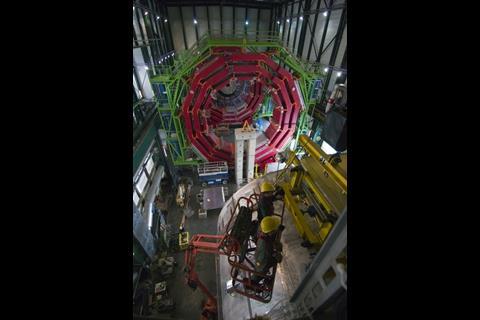 Large Hadron Collider from above

After 20 years of preparation, the world's most powerful particle accelerator was successfully switched on in Geneva this morning. The Large Hadron Collider (LHC) will provide scientists with an insight into events that occurred billionths of a second after the Big Bang.

The LHC will steer beams of particles finer than a human hair around a 27km tunnel beneath the Swiss countryside, which will collide head-on at just under the speed of light. The beams are powered by electromagnets weighing up to 12,500 tonnes.

Four giant detectors are then used to record anything that emerges from the collision of particles. One of the questions scientists will be looking to answer is how mass is created and the mysteries of dark matter.

“It's a fantastic moment,” said LHC project leader Lyn Evans. “We can now look forward to a new era of understanding about the origins and evolution of the universe.”

Once colliding beams have been established, there will be a period of measurement and calibration for the LHC's four main experiments, and new results should start to appear in the next year or so.

How the LHC works

The LHC consists of a 27km ring of superconducting magnets with a number of accelerating structures to boost the energy of the particles along the way. Inside the accelerator two beams of particles travel at close to the speed of light before colliding with one another. The beams travel in opposite directions in two separate tubes kept at ultra-high vacuum.

They are guided around the accelerator by a strong magnetic field, achieved using superconducting electromagnets. These are built from coils of special cable that operates in a superconducting state - conducting electricity without losing energy. This is achieved by chilling the magnets to -271ºC, a temperature colder than outer space.

Getting the two beams of particles to collide head on is akin to firing two needles from positions 10km apart so that they meet exactly halfway.

All the controls for the accelerator, its services and technical infrastructure are housed under one roof at the CERN control centre. From here the beams inside will be made to collide at four locations around the accelerator ring.