All large construction sites north of the border will need to shell out for an anti-pollution licence under new rules coming into force tomorrow (1 September).

The licence, which is designed to protect local waterways from pollution caused by sites, was made law in January but firms were given a nine month grace period by the Scottish Environmental Protection Agency (SEPA).

It was passed last November and came just weeks before the team building the delayed dual carriageway around Aberdeen – made up of Balfour Beatty, Galliford Try and the now bust Carillion – was fined £280,000 by SEPA for 47 instances of silt pollution in the rivers Dee and Don and their tributaries.

David Harley, head of water and planning at SEPA, said: “The changes will ensure adequate treatment systems are in place to protect the environment prior to and during the construction phase.

“For example, this will reduce the risk of silty water run-off which can damage and kill aquatic life by smothering and suffocating.”

Sites that will be required to get the new licence, which will cost a minimum of £2,101, include those larger than 4ha or those which include a road or track longer than 5km. A license is also required if an area of one hectare, or more than 500 metres of ground, is at a slope of 25 degrees or more.

Called the CAR license, after the name of the legislation that has been passed, contractors will have operate to a clearly defined minimum standard for actions which need to be taken to prevent water pollution. 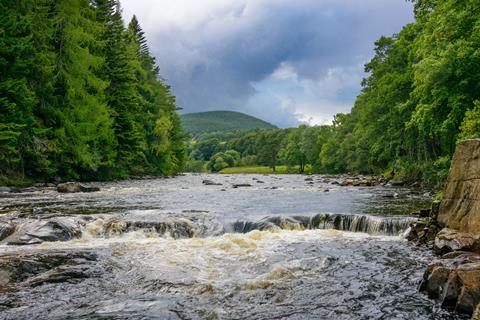