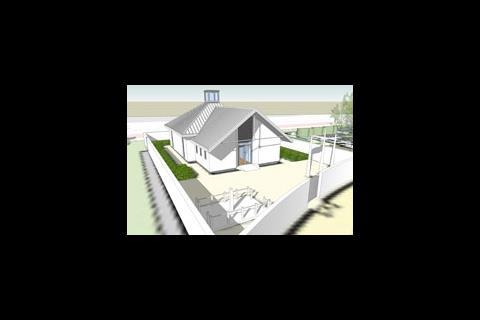 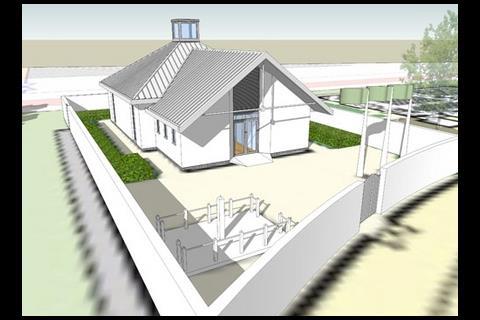 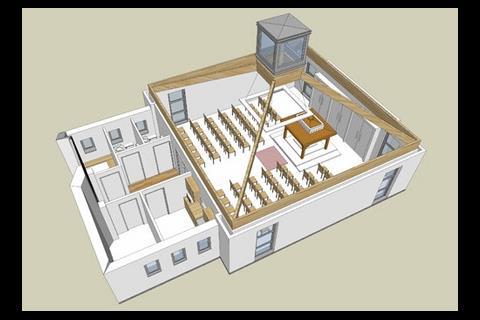 Call it the Joanna Lumley effect, but the Ministry of Defence clearly has new-found respect for its Gurkha soldiers, as designs for this new Hindu temple show.

Scott Brownrigg, one of the architects commissioned to design a £700m defence college at St Athans, has designed a temple specifically for the use of Gurkha and other Hindu soldiers attending the college.

The temple will have a pyramid-shaped roof, with a large glazed lantern at the apex. Metrix, the joint venture building the defence college, says this will “symbolise the emission of spiritual light from the building”.

The building will be part of a “multi-faith zone” and will be located at the main entrance of the £700m project.

Duncan MacRae, director of Metrix Property, said: “The Gurkha regiment plays an important role in the British army and we wanted to ensure that the spiritual needs of its soldiers and their families were provided for. The temple will hold a prominent position within the defence technical college, alongside the other faith buildings at the main entrance, reflecting the importance the UK armed forces place on religion.”

The defence technical college will provide training facilities for thousands of military trainees, and is being designed by a consortium of architects Scott Brownrigg, Capita and HLM. Laing O’Rourke is the main contractor.