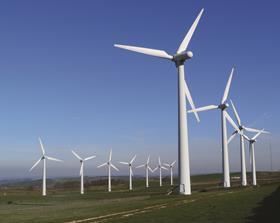 The Scottish government has refused planning permission for an 114MW on shore wind farm at Glenmorie in the Scottish Highlands.

The scheme consisted of 34 turbines of up to 125m in height near Bonar Bridge, north of Inverness.

The wind farm would have provided contracts worth up to £46m to the Scottish economy during its construction and generated enough electricity to power 61,000 homes once it was complete, its developers said.

However, Scottish energy minister Fergus Ewing refused to grant the scheme planning commission after a local public inquiry concluded it should be denied planning consent.

Ewing said the development would have had an “unacceptable landscape and visual impact, including on the wild land, in the Highland Council area”.

He said: “The Scottish government wants to see the right developments in the right places, and Scottish planning policy is clear that the design and location of any wind farm should reflect the scale and character of the landscape and should be considered environmentally acceptable.”

Ewing said there was “enormous potential” for “investment across Scotland” in renewable energy but that planning policy required a “balanced approach” that considered the impact on the local area.

Lizzie Foot, project manager for Glenmorie Wind Farm LLP, said she was “very disappointed” that the opportunity to generate a “significant number of jobs” for firms in the area would not be realised.