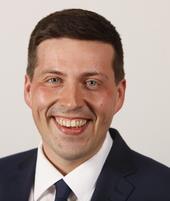 The Scottish government has said it will consult on plans to reform retention practises in the spring.

The decision follows a year of sluggish progress for the Aldous bill in Westminster.

The bill proposes UK-wide reforms to retention practises but has been delayed four times since its second reading was first due.

SNP business minister Jamie Hepburn (pictured) was last month told the Scottish government needed to look at retentions as Westminster could not be relied upon to improve standards.

The chairman of SME lobbyist Specialist Engineering Contractors’ Group Scotland, Eddie Myles, said: “[Hepburn] was urged to act now rather than wait for any solution promulgated by the UK government which could take four or five years to come to fruition.”

The Aldous bill has been put forward by Conservative MP Peter Aldous but its second reading, when it comes before the House of Commons, has been pushed back from dates last April, June, October and November. It is currently due to be heard on 25 January.

Hepburn added: “The Scottish government believes in fair and transparent working practices and a culture that supports prompt payment is essential to secure investment and jobs.”

Trade body Construction Scotland welcomed the announcement, with its chair, Ken Gillespie, saying: “The plan should be to see [retentions] abolished completely by 2023.”

Among the options set to be considered as an alternative to retentions will be project bank accounts.