Crossrail chairman Tony Meggs has admitted that setting realistic completion dates for the £18bn railway has been hampered by the unprecedented level of scrutiny of the project.

Meggs and chief executive Mark Wild were drafted in at the end of last year as part of a management shake-up. Crossrail had shocked senior public officials that summer by saying that the job would miss its original deadline of December 2018 – with the first delay until the autumn of this year.

The job has since missed further deadlines and Wild, who joined last November, has pushed the autumn 2019 deadline out to between October 2020 and March 2021. 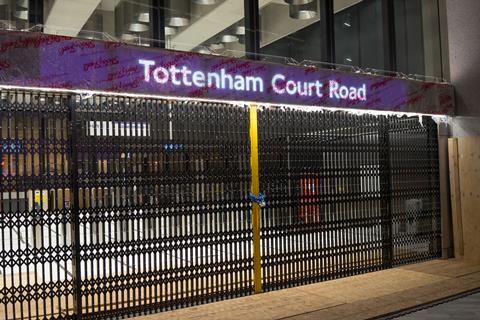 Last month he revealed that it would not open at all next year and this week he admitted that the scheme was unlikely to hit a March 2021 deadline because crucial train testing had slipped even further behind schedule.

Crossrail is due to give an update on the timetable early next year but it is expected to reveal that the line will now not open until autumn 2021.

Meggs, who replaced Sir Terry Morgan as chief executive last December, said the level of openness now required by those leading the project had been difficult to balance.

“No public project has been subject to the degree of scrutiny and level of transparency that we have maintained this year,” he said. ”It’s the right thing to do – but comes ar a cost.

“I’ve worked on many projects and what you want to do in a project is create a little bit of a pressure-cooker. If every wart and wrinkle has to be exposed, maintaining that kind of pressure-cooker is a challenge.”

And he told a London Assembly transport committee meeting this week of the difficulties in setting realistic deadlines for contractors to get the job finished.

He said: “We are between a rock and a hard place. We want aggressive targets to help drive performance within the project with our contractors, but we don’t want to let anyone down.

Meggs said there had previously been a “disconnection” between what was “happening on the shop floor and what the executives may or may not have known”.

He added: “We’ve been working very, very hard to bring those together. We have created an environment where the expectation is you will be open, you will be honest, and you will be transparent.”

>> Analysis: How is the Crossrail delay impacting local businesses?

London mayor Sadiq Khan has been a vocal critic of the previous regime, which also included former chief executive Andrew Wolstenholme who left in March last year after seven years in charge.

Khan told Building in October: “I attended a recent Crossrail board meeting and at the end I was able to ask questions of members and they gave me honest, candid answers. That wasn’t happening before.”

Wolstenholme told MPs this year that, at the time he left, the scheme was still on course to open last December.

But Wild has poured scorn on what he found since taking over, telling a Transport for London board meeting  last month that the previous management had “extremely misunderstood” the length of time it would take to complete trial running trains. “[They] thought the trial running period would be a matter of eight or nine weeks,” he said. ”It’s actually a period of nine to 12 months.”

Meggs told the same meeting of the “disarray we inherited”.