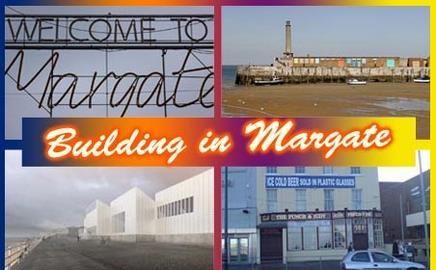 As part of our short summer series on seaside regeneration, we look at why down-at-heel Margate now has a spring in its step

What’s been going on over the past few years?

Until recent years, sunny Margate's story has been of degeneration than regeneration, if not downright destruction. The Victorian pier was swept away in a violent storm in 1978. One of the seafront’s traditional arcades was burnt down in 2003. The local theme park, Dreamland, has gathered dust since its rides were dismantled in the late nineties.

What are the plans for regeneration?

The big new show in town is Turner Contemporary, a new art gallery which is being built on the sea front. The aim is for the gallery to spark wider generation – think St Ives and the Tate. In July 2006, Kent council awarded the design contract to David Chipperfield’s "six rectangular interlocking forms". As Chipperfield describes it: “Our building will look out to the sea, connect itself to the town and capture the same unique light that inspired Turner.” Tracey Emin has lent her support to the project.

Margate is also close to the Thanet Wind Farm, a 300 MW capacity generation giant which will cover 13.5 square miles, just 7 miles off the Kent coast. Installation of the turbines, which will be visible from Margate beach, started in June 2009. According to Thanet Offshore Wind, the farm will be "the largest operational offshore wind farm in the world".

Still, the old Margate won’t be forgotten. The town’s down-at-heel amusement park, Dreamland, turned into a nightmare when its main rides were dismantled in the nineties. But there has been a campaign to re-open it – the latest idea being to create a "heritage amusement park" around a listed scenic railway on the site. A masterplan for the redevelopment has been drawn up by Levitt Bernstein Architects and is due to start on site in January 2010.

Few, far between and distinctly old-school. Closer to Fawlty Towers than Trump Towers …

Who’s on the end of the pier?

The Theatre Royal Margate is keeping it traditional, with The Sassy Seaside Show this week and the musical Summer Holiday and the “good old-fashioned” vaudeville fun of A Little of What You Fancy also in the pipeline.