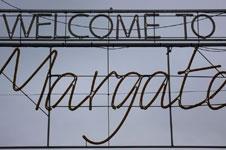 The second wave of grants in the Sea Change programme, funded by the Department of Culture Media and Sport has been announced.

Seven coastal resorts across the country from the South West to the North East have received grants for specific projects. The grants are designed to invigorate England's seaside towns through investment in culture and heritage. The largest grant of £3.7 million to help fund an ambitious project to restore a collection of historic amusement rides at Margate's Dreamland Amusement Park, including the oldest surviving rollercoaster in the UK and a grade II-listed cinema.

In North Tyneside, a grant of £2 million will help transform the grade II-listed Tynemouth station. In nearby Roker, in Sunderland, a £1 million grant will be used to create a trail inspired by the area's heritage and culture and also create an illuminated exhibition space. St Ives in Cornall, Fleetwood, in Wyre and Piel Island in Barrow-in-Furness will all receive grants under £1million of unique projects. Plymouth Council have been given a development grant of £100,000 to develop plans for relocating the Plymouth Arts Centre on the Hoe.

The Sea Change programme runs for three years from 2008 to 2011, giving a range of large and small grants each year to seaside resorts. It is led by CABE working with the Regional Development Agencies, English Heritage, the Museums, Libraries and Archives Council, Arts Council England, the Heritage Lottery Fund and the Big Lottery Fund.