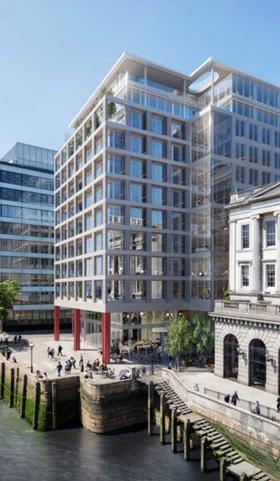 Plans drawn up by Eric Parry Architects for developer Sellar to build a Thameside office block near London Bridge have been given the green light.

The scheme for Seal House, next to the grade II* Fishmongers’ Hall, will replace a seven-storey 1970s block by William Holford & Partners with a new 12-storey block with a roof terrace which will be able to hold 200 people at any one time. It will also have a restaurant on its 11th floor.

Others working on the deal at 1 Swan Lane at the northern end of London Bridge include project manager JLL, QS Alinea and building and structural services engineer WSP.

The latest scheme would deliver 19,658sq m of new space, the bulk of it office accommodation.

The current building is linked to Fishmongers’ Hall and the new scheme would provide a replacement link. 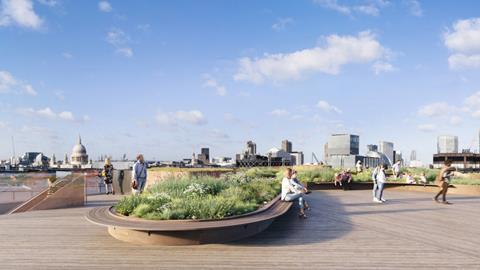 How the roof garden will look