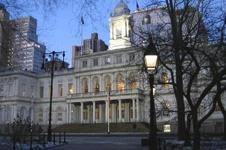 A senior crane inspector in New York City was paid thousands of dollars to falsify crane inspections and operator certificates for a crane company, it has been claimed.

But the charges of corruption brought against James Delayo, an assistant chief inspector in New York’s Buildings Department, are thought to be unconnected to the two fatal crane collapses that occurred in the city earlier this year.

Delayo accepted thousands of dollars in bribes from an unnamed crane company over a period of eight years, according to the city’s Department of Investigation.

The inspector, 60, had worked for the city’s Buildings Department since 1982. He has been accused of signing off crane inspections that he did not perform and helping crane operators cheat in their licensing exams.

However, Rose Gill Hearn, a commissioner at the Department of Investigation, said that the investigation centred on mobile cranes rather than tower cranes.

Two tower crane accidents, one in March and another in May, have killed nine people and provoked a citywide safety blitz on construction sites. Last week, Building revealed that the UK’s Strategic Forum for Construction had been advising New York on crane safety since the first accident.

Delayo was released without bail after he was arrested on Friday on charges of bribe receiving, tampering with public records, falsifying business records, filing a false instrument and receiving unlawful gratuities.