Seven of the latest flooring products

Take a stroll through a police headquarters, and fire station and an art gallery - all of which boast flooring systems adapted to their very specific needs … 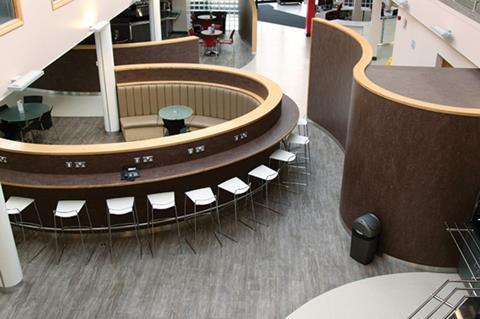 A selection of Forbo Flooring Systems’ products have been specified for the Staffordshire Police Headquarters, including Allura luxury vinyl tiles (LVT), Tessera carpet tiles, SureStep safety vinyl and Coral entrance flooring systems. Forbo was chosen as the company was able to provide a wide selection of different floor types. Forbo’s Allura LVT was specified for the corridor, open areas and cafe space, in a selection of different finishes and tones. Tessera Mix - Canyon was specified, continuing the interior design theme for muted, natural tones. Coral duo was chosen for the entrance area because it retains 10% more dirt in the first few metres than any other textile entrance flooring system, making it an ideal choice for smaller entrances.

Wabi Sabi Design has launched Timboo, an alternative to wood that is made from 100% compressed bamboo fibres. The company says that Timboo can be used for a wide range of architectural and interior design applications, including ceiling linings, floors, stairs, panelling, kitchen counters and cupboards, furniture, turning blanks and general joinery. It is available in more than seven possible grain figure and colour combinations, and sizes include 8in x 4in panels in thicknesses up to 40mm.

Mapei has extended its range of Ultratop flooring systems. The company says that Ultratop is a fast setting, self-levelling mortar, which can be tailored to either a polished or non-polished finish. The firm adds that it can be used for a range of environments, including: industrial areas, hospitals, retail environments, showrooms, offices, restaurants and domestic properties. Available now in seven colours: light grey, white, beige, anthracite, rust red, light brown and new Extra White Ultratop, it can also be enhanced further with the use of coloured aggregates. 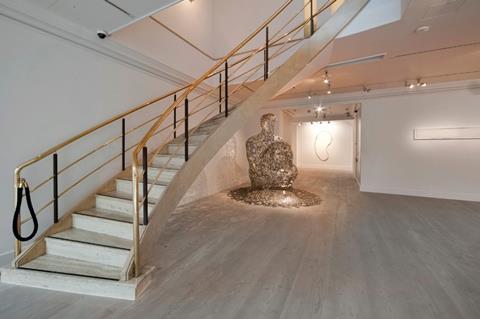 The Gazelli Art House, a commercial art organisation, specified Sika Primer MB and Sika Acoubond products for its newly refurbished gallery in Dover Street, Mayfair. The two-part epoxy resin primer was used in conjunction with the Acoubond soundproofing system to help install high-end and fashionable Dinesen Douglas fir flooring in the gallery’s ground and first floors. The products were chosen because the founder and director of Gazelli had visited the Saatchi Gallery in Chelsea and had liked the compelling effect of employing large, long Dinesen Douglas fir boards installed using Sika’s Primer MB and Acoubond products, in a gallery context.

The Bargain Booze development team has turned to Gerflor’s GTI and Creation Clic vinyl flooring ranges. Bargain Booze is a franchise that includes off-licences, newsagents, garage forecourts
and grocerie, with various sized stores. The company first started specifying Gerflor products as an alternative to traditional ceramic flooring. Gerflor is specified for the retail chain because the fit-out and build can follow on as soon as the flooring is laid so stores do not need to close so lose minimal trading time. Both products ranges are are extremely durable and are easy to maintain.

Gaia Climate solutions has supplied a complete underfloor heating (UFH) system to Suffolk Fire Service’s new £18m Ipswich fire station. Gaia supplied and installed the 898m2 of underfloor heating, plus 965m2 of screed and insulation, for the whole station. Instead of electric heating elements, the system works by circulating water at low temperatures through a series of pipe loops laid within a screed, or between timber joists, beneath the floor surface. The company was chosen, largely, on the strength of its reputation in the sector.

Permaban has launched a concrete repair system. The company says that BetaEdge AR fixes damaged construction joints in industrial and warehouse floors. The damaged portion of concrete around the joint is cut out. BetaEdge AR is held in place with brackets which is supplied with the fixing kit, while the area is filled with repair mortar. Once the mortar has cured, the brackets are removed and the area ground for a smooth, durable finish. The product is made from tough galvanised steel, making it a versatile choice for both internal and external concrete repairs.