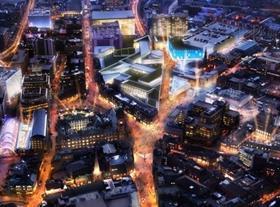 The Sheffield City Region has signed a devolution deal with Chancellor George Osborne that will see it handed more powers and a vote for a mayor in 2017.

The deal includes devolved powers over transport budgets and franchised bus services and strategic planning, and gives the region’s civic leaders and extra £30m funding a year over 30 years.

Support from each of the local councils within the Sheffield City Region is required for the deal to go ahead and it is subject to a programme of consultation and engagement with residents and businesses over the coming months.

Councillor Sir Stephen Houghton, Chair of the Sheffield City Region Combined Authority, said: “This proposal marks the next step on our devolution journey and will enable local leaders to make bigger and better local decisions over skills, business growth and infrastructure.”

Sheffield City Region is one of 38 towns, cities, counties and regions that have submitted proposals to Westminster to take control of how public money is spent in their area.

Earlier this week at the Labour Party Conference in Brighton opposition whip, Conor McGinn, accused Labour of being “far behind” the tories on the devolution agenda.

He added that the party was also lacking a consistent and coherent policy on the issue.

McGinn was speaking at a fringe event also attended by Nick Forbes, Labour leader for Newcastle council, who said he had been in China the previous week with Osborne actively “looking for investment from China” for the region in regards to housing, adding that there had been a lot of interested parties and he planned to do a similar thing next time looking specifically for investment for Transport of the North.

Forbes added that Northern Powerhouse and devolution was a “missed opportunity for Labour”.

Speaking at another fringe event Jon Lamonte, chief executive of Transport for Greater Manchester, said he had been in Singapore recently also looking for interest in schemes, adding that there had been a lot of interest and not just for Manchester, but the regions as well.

The new Mayor will act as Chair to the Sheffield City Region Combined Authority and will exercise a range of powers devolved from central government including:

The Sheffield City Region Combined Authority, working with the Mayor, will also receive the following powers:

Further powers may be agreed over time and included in future legislation.