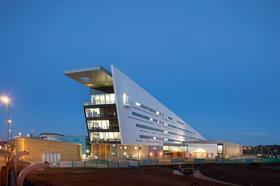 Shepherd Construction’s managing director and its southern regional director have left the business as it undergoes a management restructure.

Steve Collins has been appointed as executive director of operations.

Gary Walton has taken the role of executive commercial director and Gary Edwards has been appointed as executive director of development.

All of these posts will report directly to Perkins.

A spokesperson for the firm said the “restructure” ensured the firm had “the right leadership team in place to take the business forward”.

She said: “The underlying business in Shepherd Construction is in good shape with strong processes, a great order book, a strong pipeline and many profitable projects. As such, we are well placed to take advantage of the opportunities ahead as markets recover.”