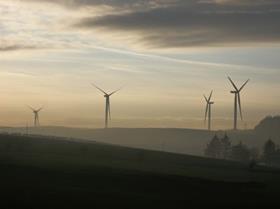 Siemens has put new investment in UK wind power on hold due to the uncertainty sparked by Brexit.

One of only a few clients to publicly back Remain in the run-up to the referendum, Germany-based Siemens said new plans will be frozen until the UK’s trading relationship with the EU becomes clear.

Jürgen Maier, the firm’s UK chief executive officer, said plans for a £310m wind turbine manufacturing hub in Hull would not be affected by the Brexit vote. The two under-construction factories are still set to be making turbines and blades from next year.

But Maier admitted a plan to then export the turbines from the Hull factory was now in doubt.

Maier told the Guardian: “Those plans were only beginning to happen and I expect that they will stall until we can work out exactly what the [government’s] plan is, how we can participate in EU research programmes, and until all the issues around tariffs and trade have been sorted out.”

The Siemens boss also called on the government to start negotiations with the wind power sector before officially starting exit talks with the EU.

He said: “We definitely can’t wait until Article 50 has been triggered. People will be holding off on major investment decisions and this is why we need to get together as soon as possible and
see that a plan is put in place.”

However, other wind turbine manufacturers have played down the impact of a Brexit.

A spokesperson for Danish energy giant Dong, which has invested billions in British off-shore wind farms, said the firm believes the UK is not going to be greatly impacted by the referendum result.

The spokesperson said: “Like many other businesses, we are awaiting clarity over the implications of the vote to leave the European Union.

“However, we don’t believe that UK energy policy is dependent on EU membership.”