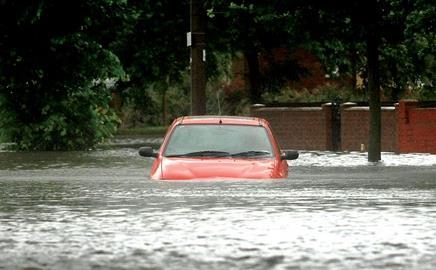 City’s MPs, including Alan Johnson, to urge fast-tracking of BSF programme after floods

The Building Schools for the Future (BSF) programme in Hull could be brought forward two years because of damage to the city’s schools in its recent floods.

Initial consultations over a package worth £220m were launched last month but it is now understood that the money for it may be released early because of the damage to existing schools.

Stephen Brady, a Labour councillor, said John Prescott, Diana Johnson and Alan Johnson, the three MPs who represent the city, have told the council they will ask for the BSF projects to be fast-tracked.

Brady said: “We’ve got to make the schools habitable, and there’s no point in wasting money on temporary repairs when we’ve got the BSF project just around the corner. Prescott said he wants to bring it forward now. It’s the perfect opportunity for it.”

Work on the BSF programme was supposed to begin in 2010 and end in 2015, but if approvals and procurement are rushed through, building could begin next year.

There is no point in spending money on temporary repairs.
It’s the perfect time councillor stephen brady

The funding would be particularly welcome as it is understood that many council buildings, including schools, are not insured for flood damage.

Hull suffered some of the worst of the regional flooding that hit Yorkshire and north-east England.

As many as one in four of the 5,000 flood-affected homes is thought to be uninsured, and the council has had to hire small contractors to help with repairs. As many of these firms are not on the council’s preferred list, unions have raised concerns over safety and general probity.

Ucatt said it was imperative that criminal checks were made. “The workers are welcome, but safety measures still need to be applied and corners must not be cut,” it said.

The firm will deliver the programme as part of a consortium with Sir Robert McAlpine and US firm Parsons Brinkerhoff. The construction of 15 schools is expected to complete in 2010.

How did the floods affect you? Email us at building@cmpi.biz or follow the what do you think link, click here.