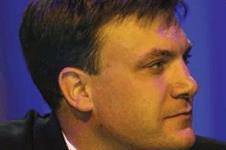 Ministers have outlined the next steps for the Building Schools for the Future programme, announcing £200m to build new primary reception classes.

Six local authorities have been given the go-ahead for their BSF programmes, schools secretary Ed Balls announced today. Barnet, Bolton, Hampshire, Peterborough, Sunderland and Wigan are the first in what will be a series of “rolling starts” for the remaining 70 local authority projects yet to join BSF.

These developments will join more than 1,000 individual building, rebuilding or renewal BSF projects already under way across 80 local authorities in England.

The six will immediately start planning, after £500m was released for 2011-12. The Sunderland development is worth £100m, with the remaining five each worth about £80m.

Balls also said another six local authority projects would be joining the programme in three months time, and a further six in the last quarter of 2009/2010, to maintain the current pace of delivery.

As a result, the local authorities that are not yet part of the programme will be able to fast-track initial smaller projects far earlier than originally planned, with the rest of each area's schools being rebuilt or refurbished later.

It will also enable larger local authorities to split their full BSF building programme into smaller stages to manage their projects better.

Ed Balls, the schools secretary, said: “BSF is the most ambitious public building programme for decades, revamping the entire secondary school estate. The progress is undeniable - and BSF is building momentum rapidly month-by-month, term-by-term with superb facilities across the country transforming the way that teachers teach and young people learn.

“This is a watershed moment. The government is committed to seeing BSF through and today's announcement sets out our clear and unambiguous next steps.