Sizebreed sets its sights on the super-rich 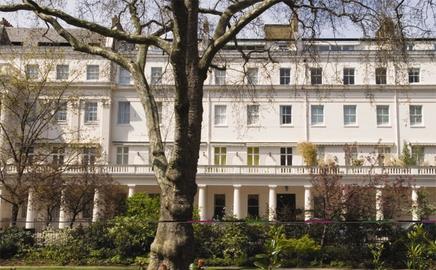 About 4,500 construction firms have gone bust over the past two years. In fact, contractors accounted for 25% of all UK insolvencies during 2009. With that in mind, it’s probably fair to say this isn’t the best time to leave a well-established contractor you’ve been with for years and attempt to start a new firm from scratch.

But three months ago Barry Breed, Darren Size and Ian Jones decided it was the perfect time to do just that. The three were directors of Holloway White Allom (HWA), best known as a high-end refurbishment and building contractor; their plan was to become its biggest competitor.

“We felt quite restricted at HWA”, says Size. “It grew out of Laing and so has a tendency to have big contractor solutions to small residential projects.”

The turning point for Breed, however, came with HWA’s refinancing deal in April 2008. “Overnight I became a main board director at a company with £12m of debt. As a business you become a lot more commercial as belts get tightened.”

The luxury market Sizebreed is seeking to gatecrash is not as free spending as it was a few years ago. The Russian oligarchs, City magnates and Saudi oil billionaires who are the principal clients for this sector are just as vulnerable to the global recession as the rest of the industry’s clients.

Last year, HWA posted a pre-tax profit of £4m; this was down 20% despite a 24% jump in turnover. “Clients are more demanding about value for money,” says Breed, hinting that the USP of Sizebreed will be its ability to undercut its rivals thanks to its low cost base. He continues: “You can get a good 5% out of the cost as a business of our size, which is about £50,000 on a £1m project.”

Breed admits to some misgivings about setting up a business during a recession, but two factors made the transition smoother. First, Ian Jones had cashed in his 10% stake in HWA just before the credit crunch bit and was able to provide £200,000 for start up capital. He is the only financial backer and owns 10% of the equity – the remaining 90% of his investment is in the form of loan notes, which are due to be repaid within five years, although there is no fixed deadline. There is more money available from Jones should they need it and one of their wealthy clients has also talked about investing in them at the bottom of the market.

Going down the bank debt route would have meant putting their houses up as security. So would they have done it if necessary? Breed pauses before saying: “We would have remortgaged to raise the cash if necessary, yes.”

Not that it’s an easy market to break into. “The luxury market is a small pond,” says Breed, “you have to know the right consultants, project managers and architects.”

Which brings us to the second factor that eased the transition – they were able to take a couple of clients with them.

And how easy do they find it to deal with those super-rich clients? Breed says: “They want the same level of service from their building contractor that they get when they buy a yacht or luxury car. For example we had a client who could only have meetings on Saturdays.”

Size and Breed are also hoping for a further boost from the widely anticipated bumper City bonuses which, government permitting, are set to be paid out this year.

Breed refuses to discuss who their clients are likely to be but will clearly be looking to gain contracts from those they worked for at HWA, including Roman Abramovich, the owner of Chelsea football club, Lakshmi Mittal, the Indian steel magnate and Wafic Saïd, the Syrian-Saudi billionaire. Size adds: “We’re debt free and have funding in place so we’re looking at quality over quantity in terms of workload.”

Breed believes that a business with a £15-20m turnover is the right size to deal with the type of projects he was in charge of at HWA when he ran the group’s £50m a year-turnover London operation. “It gives us a bit of scale while being small enough to ensure we can give clients the personal care and attention they want at this level,” he says.

Size and Breed, who have done a lot of work in this building in Eaton Square , Chelsea, own 45% of the company each; Ian Jones owns 10%. Breed and Size’s shareholding will be reduced by 5% each in the coming year to give key staff a stake in the company.