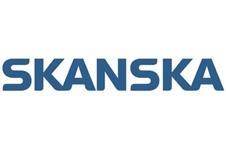 Operating profit was £38.9m, which was an improvement on a loss of £43m that was largely due to writedowns on two hospital jobs in the East Midlands.

Mike Putnam, chief executive of Skanska UK said: “I am very pleased with these results. They are in line with our targets and evidence of the work we have undertaken to put our past behind us and get the business back on track.”

He said the firm would continue to be selective in the jobs it bids for and said 2010 had started “on a brilliant note” after being awarded the £1bn Essex BSF job.

Earlier this year Skanska had sent an email to staff in its building division warning them there would be job losses if it failed to win the Essex job.

The company’s “order bookings” includes the M25 widening deal that is worth £5.5bn to the consortium that also comprises Balfour Beatty and Atkins.