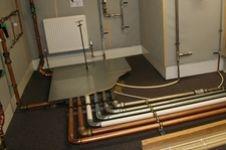 The construction industry is still suffering from a skills shortage in spite of the recession and slump in construction demand, new data has shown.

Results from the Chartered Institute of Building (CIOB)'s third annual skills survey showed that 77% of respondents believe there is a skills shortage in construction.

Meanwhile, 78% of those feel that the loss of skills will hinder the industry's recovery when the economy improves.

Michael Brown, deputy chief executive of the CIOB, said: “Construction has been notoriously bad at attracting students, and other new entrants, which has exasperated the industry's long-term skills development.”

Over three-quarters (76%) of all respondents felt apprenticeships should be mandatory on public projects, which Brown said would help to encourage the employment of apprentices.

“Economic problems are forcing many companies to recruit fewer graduates and to cut the number of apprenticeships - just to survive,” he added.

“There is a danger that once the industry demand rises, there will be a mass of previously skilled workers who choose not to return to the industry having opted for other careers.

“The industry has never fully recovered from the recession in the 1990s, particularly at the management and senior management level. We must learn from those lessons and find ways to put in place the vital skills needed for recovery and beyond.”

The sample consisted of 1,182 construction industry professionals, 64% of whom described themselves as management.

Respondents said the skills shortage was largely due to companies being unable to afford to employ their workers, with 54% stating that their company had been forced to make redundancies.

Only 12% of respondents said they were aware of their companies recruiting more graduates, and only 1% were recruiting the same number of graduates as before.

Just 37% said they were sure their companies were still employing apprentices.