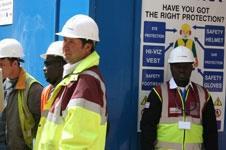 The vast majority of contractors worldwide do not feel that the industry is doing enough to tackle a growing skills crisis, according to a major report.

KMPG’s annual global construction survey, released today, shows that 84% of the chief executives and senior company officers it surveyed feel that the industry as a whole is failing to properly address the skills shortage, despite two-thirds believing that their own company is on track with its recruitment processes.

The survey showed that the shortage, which the majority of respondents view as critical, is the single biggest priority for contractors.

Richard Whittington, global head of KPMG’s building and construction practice said: “It is surprising that the industry believes that individually they are doing enough, but as a whole it is deficient.

"Surely now it is time for some collective action. One of the first things construction companies should do is to develop a fresh approach to recruiting in order to attract the best graduates in a very challenging global environment.”