Three-quarters of the UK’s 100 largest contractors have shown no significant improvement on payment times in the past two years, according to new research.

Only the top 25% of the leading contractors based on turnover have increased the pace at which they pay their bills by more than four days since 2018, a report by M&DH Insurance has revealed. 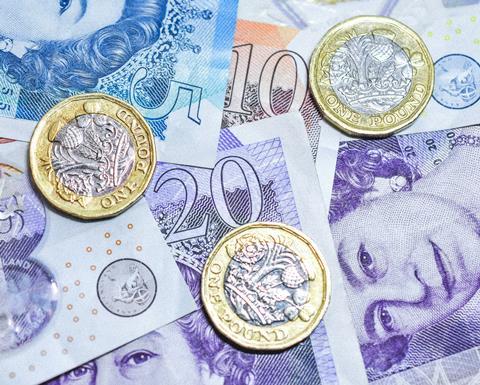 When average numbers of days taken to pay bills were calculated, the top quartile were found to be paying suppliers 12 days earlier.

The three other quartiles – those firms occupying positions 26 to 100 – improved by no more than 4.2 days, with the second quartile improving its payment times by just 0.2 days since 2018.

And while the proportion of bills paid within 30 days by the largest 25 contractors grew by 18.5%, among the smallest 25 the figure fell by 5.5%.

This is despite a law introduced in April 2017 obliging firms to publish half-yearly reports on their payment practices.

>> Also read: Number of profit warnings at listed firms climbs to seven-year high
>> Payment times: How long do the top 50 contractors take to pay up?

The government has given its support for the Prompt Payment Code, which sets a 30-day target for suppliers to be paid by clients. The PPC is classed as guidance, with no legal recourse for firms that miss the target.

But Richard Hames, managing director of M&DH, a broker that specialises in the construction sector, said the policy “has met with limited success”.

He added: “By definition, any voluntary code will attract signatories who are confident they can meet its targets.”

Hames said the policy of requiring contractors to report on their payment practices has had a positive impact but added: “The construction sector still has a problem with late payment.”

Explaining the disparity of results across the firms surveyed, Hames said: “With Brexit, the depreciation of the pound, increasing material prices and EU workers returning to the EU, economic headwinds might have affected the bottom 25 more.”

He also said the largest firms may have improved more due to the greater likelihood of them working on public sector contracts, which often have a maximum 30-day payment period written in.