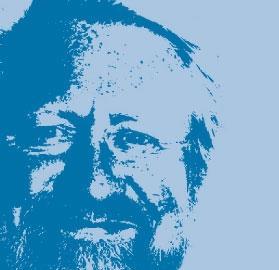 Stewart McColl, the founder of SMC, remains in the frame to take control of the firm despite the collapse of takeover talks last week, which have left the troubled group in limbo.

Shares in SMC plunged more than 10% after it announced that talks with a private equity group fronted by McColl had terminated. The parties failed to agree a price during preliminary discussions last week.

The breakdown came a week after the collapse of merger talks with quoted rival Aukett Fitzroy Robinson. Under City rules, McColl’s group can make a fresh takeover approach for SMC at any time, since no formal bid was tabled. A City insider said: “The way the share price is going, there will come a point at which McColl’s value to the company will become quite persuasive.”

He cannot run the company without strong financial people on board

In a bid to reassure the City, it is understood that SMC will take the unprecedented step of releasing third-quarter financial results in the coming months, ahead of its full-year results. This is intended to show investors that the restructuring programme of the past few months has resulted in a return to profit.

However, after posting half-year losses of £4.5m and revealing more than £18m of debt, many doubt the firm will be able to avoid posting a full-year loss.

The City insider added: “SMC is still in limbo. The cuts have been made now and the business may be trading profitably, but it is hard to see its share price recovering and that means uncertainty for investors.”

The City would also be cool on any deal that would give McColl an executive role at the company. But the insider said: “He is likely to be aware that he cannot run it without strong financial people on board.”

It is understood that, had the merger with Aukett been successful, McColl would have been appointed “life president” of the combined group with a salary of about £120,000 a year. The new firm would have been run by Aukett’s management.

Although he was not involved in the talks, as a major shareholder in SMC, McColl was kept informed about the state of the discussions, and made it clear he wanted a more executive role.

Meanwhile, some of SMC’s constituent practices are understood to be considering buyout options. It emerged last week that SMC Alsop, the practice led by Will Alsop, may be bought out by Marco Goldschmeid, a founder of Richard Rogers Partnership.