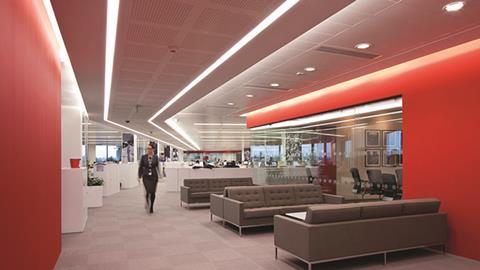 They say timing is everything. So setting up a new architecture practice just months ahead of a recession would seem to be a classic example of sod’s law. Apparently not for one particular architectural duo. Greg Chapman and David Judson, the pair behind Chapman Workhouse, have seen turnover nearly double from £500,000 in 2007 to just under £1m in 2009/10.

Chapman Workhouse combines Chapman’s expertise in office design in London and Judson’s design-led Cornwall office which focuses on the leisure sector, and the pair maintain it is this unusual combination of resources, skill-sets and location that has brought them success.

Now, as the firm prepares to make its mark on a £20m, mixed- use development on Bond Street, for US retailer Limited Brands (otherwise known as Victoria’s Secret), the duo talk Truro, turnover and tents.

Although they are a young practice, Greg says being an SME has its advantages: “It’s difficult in some ways but good in others - we have some projects in London worth £7-8m at the moment and then we might take on a job to design a shop front worth only £200,000.

In London and Cornwall, coming together has made us a lot more attractive to potential clients

Chapman Workhouse is now predicting turnover will rise by a further 20% over the next two years, at the same time that Experian is reporting that small construction firms are the most likely to become insolvent.

They add that being a small company doesn’t mean always missing out on bigger projects - particularly with the group’s long-standing presence in Cornwall where they have just won job working on a 16ha ex MoD site.

When the pair met back in 2007, Chapman had been running his London-based commercial firm, Chapman Associates, since 2003 and Judson had set up Workhouse Design in London in 1993 before relocating to Truro with his wife, who is also his business partner, in 1996. They decided that joining forces could be a spur to growth - recession or no recession.

“The recession hadn’t kicked into gear when we first decided to merge,” says Chapman. “It was on the horizon though. We felt there was a very practical side to doing something so positive in negative times. And merging has certainly opened us up to more sectors. We now have 18 employees - a 30% rise over the last two years.”

“In each of our markets geographically, the process of coming together has made us a lot more attractive to potential clients,” adds Judson. “Being able to demonstrate Greg’s record of deliverability and commercial expertise has really dovetailed in well with what we offer in terms of design. There is work, and it’s interesting work; both offices are seeing different projects from what we did before.”

The atmosphere is relaxed and formal management meetings are a no-no. Staff are regularly sent down from London to Cornwall and vice-versa to work on different projects. “It is difficult to balance bringing down overheads with people travelling between London and Cornwall,” concedes Chapman. “But its fun; they get to work in a new environment and they can talk to staff in the other office. People respond well to variety and new challenges.”

And then there are the camping trips - with an office based in Cornwall, why wouldn’t you make the most of it?: “After winning our latest big Cornwall job, we all went down there for a few nights and people camped down on the site,” says Chapman. “It was a bit of a jolly - well, it was entirely a jolly actually,” he laughs.

So what will this merger of skills and happy workforce mean in terms of Chapman Workhouse’s future? Chapman says it’s simply about supporting steady growth: “We want to keep on doing what we’re doing and win projects to see a 20% rise in turnover by 2013.

“And there are certain clients I aspire to work with,” he adds. “Derwent, for example. Or Ridgeford Properties, or Stanhope: good clients that do good work.” 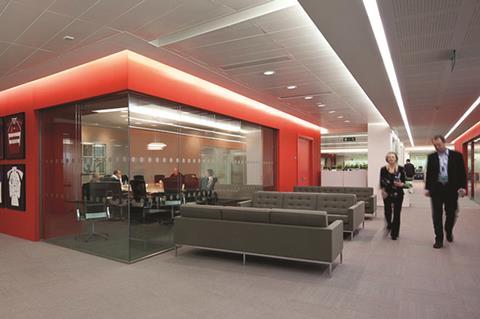 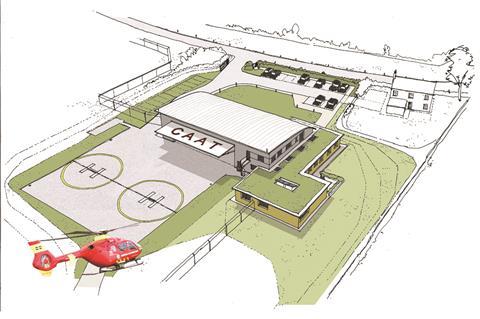