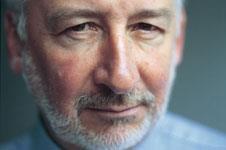 John Sorrell, chairman of Cabe, has called on the government not to cut public spending on schools in an impassioned speech this week.

Speaking at Partnerships for Schools' design conference on Tuesday, Sorrell urged whoever is in power after the next election to “continue to invest in the school estate.”

He said: “The worst thing that could come out of this recession would be a return to the quick, cheap and ugly of the past. Quick is always a myth. Cheap will always be important. But ugly is an insult to our society. It's not how public money should be spent and it's not the legacy anyone wants to see left.”

Sorrell highlighted the significant progress that has been made in school design in recent years. He commended the "minimum design standard" which, introduced in May 2009, ensures that school buildings meet recognised standards of design quality.

He linked a drop in truancy levels and a rise in A*-C GCSE pass rates of those who attend remodelled schools to the design of the buildings. He said: “This is why we can't shred capital investment for schools.”

Sorrell acknowledged many communities have witnessed the advantages of quality school design, but he said that many more have yet to benefit. He said that if there were to be a cut in public spending, “the real threat would be that all this progress could be dissipated.”

Sorrell warned of mounting pressure to sacrifice on quality with school builds. He pledged “to stand up” to this, but said that projects could still work well on tighter budgets, by using certain standard components, such as partitions or doors.

Sorrell also addressed the issue of green design. He expressed concern that, in the wake of a cut in public spending, commitment to carbon neutral may be abandoned. He reminded his audience that “the climate isn't going to wait for budgets” and renewed his intention to work towards “the target of zero-carbon schools.”