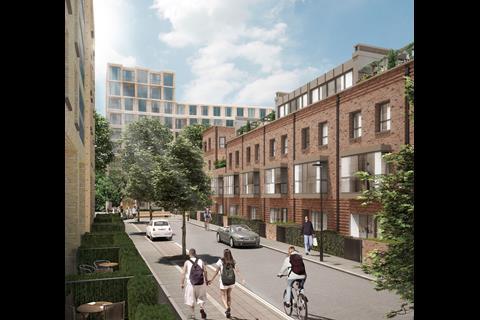 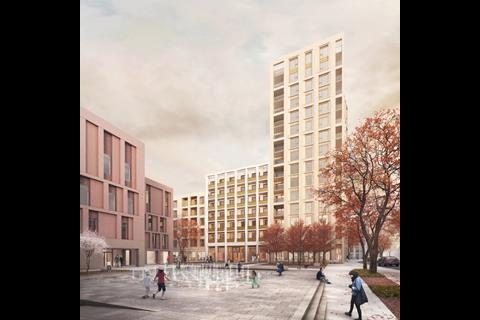 Council vows to press on with 3,500-home redevelopment as Javid sides with residents

Southwark council has vowed to press ahead with the £1.5bn redevelopment of the Aylesbury Estate despite suffering a major setback at the hands of the new communities secretary.

Sajid Javid rejected the south London council’s application to be allowed to force leaseholders to sell up to make way for a 3,500-home scheme masterplanned by HTA Design, the firm run by RIBA president elect Ben Derbyshire.

Other architects involved in the joint project by the council and Notting Hill Housing are Mae, Hawkins Brown and Duggan Morris. Meanwhile, Barratt London is on board to deliver and sell the private homes, while Arcadis, WSP and Deloitte all have consultancy roles.

Southwark wanted to issue leaseholders with compulsory purchase orders (CPOs) to facilitate the “delivery of a mixed-tenure residential development”.

But Javid said this would infringe residents’ human rights by forcing them to move away from their existing community.

He agreed with the planning inspector, Lesley Coffey, that “interference with residents’ peaceful enjoyment of their property” was not necessary for the greater good of the project.

He accused the council of not taking reasonable steps to acquire the land by agreement with residents and encouraged it to “work positively with the remaining leaseholders” to come up with an acceptable solution.

Javid and the inspector backed the redevelopment overall, saying it would bring “much-needed” economic and housing benefits. But they were clear that using CPOs would negatively affect both those forced to move out and those left behind.

He said elderly people would struggle financially and could lose family support if people were forced to move away. He also said children’s education could be disrupted, affecting exam performance and life chances.

Javid also ruled it was “highly likely” that there would be a potentially disproportionate impact on children and elderly people from black and minority ethnic (BME) backgrounds.

The architects referred press inquiries to Southwark council whose cabinet member for regeneration and new homes, Mark Williams, said: “This is an extremely disappointing decision by the secretary of state, and the council will be reviewing the detail of the report and the decision before commenting further.

“We are, however, committed to the regeneration proposals and will continue to negotiate with leaseholders on all phases of the regeneration programme, to buy back their properties and allow the work, which is supported by the vast majority of residents on the estate, to move forward as soon as possible.”

Campaign group 35%, which supported the 11 leaseholders who brought the case, described Javid’s decision as a “humiliating blow” for the council. It said 200 leaseholders had been “decanted” so far, with only three rehoused on the Aylesbury Estate.