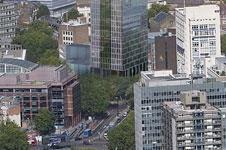 Southwark council has admitted that it does not have the £240m needed to carry out infrastructure work on the Elephant and Castle regeneration site.

Instead, it says, it will form a joint venture with Transport for London (TfL) to carry out the work, which includes revamping the two major roundabouts, increasing capacity for the Northern Line and improving passenger access to the underground and rail stations.

Strategic director of major projects, Stephen McDonald, said: “The work that needs to be done at Elephant and Castle was not in the TfL business plan so we need to look at other ways to fix the problem.”

“We have offered to go into a joint venture with TfL. That way we can both be sure of the value of the upgrade and we can share the proceedings over time.”

However, TfL denied receiving any such offer. It said, having produced an estimated £240m tally for the work, it was working on a feasibility plan which would be published in the summer according.

The work is part of £1.5bn regeneration of the area. Southwark council appointed Lend Lease as developer on the project last summer but the scheme has been delayed with Southwark working with the developer and the TfL to get the agreement signed.