Spanish firm flies in to work with Foster on Heathrow 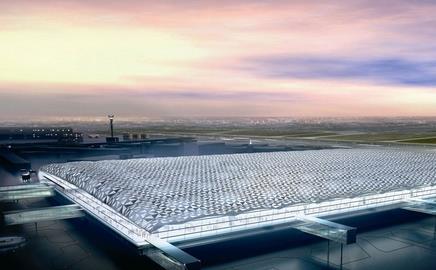 BAA owner Ferrovial has parachuted in a close collaborator of Rogers Stirk Harbour + Partners to work with Foster + Partners on designs for the £1.5bn Heathrow East project.

Vidal Arquitectos, a Madrid-based practice that has worked on major projects with RSH, has been asked to “shake up” the design, according to one source. The move will also be seen as an attempt to rein in costs on the scheme, as Ferrovial is struggling to pay off the £10bn of debt it took on to buy BAA in June 2006.

Luis Vidal, the firm’s design director, was formerly a director of Studio Lamela, which worked with Ferrovial and RSH on Barajas airport in Madrid. That project won the Stirling prize in 2006.

Vidal says his practice shares “offices, staff and resources” with RSH in Madrid. RSH said that it had a “strong working relationship” with Vidal but that the two companies were independent of each other.

The team has a lot of expertise on airport projects. Vidal has worked on airport designs at Murcia, Zaragoza and Warsaw as well as at Barajas.

Ferrovial, the majority owner of BAA, was appointed as main contractor on Heathrow East in a joint venture with Laing O’Rourke last year. The appointment of Vidal has created speculation that Ferrovial might cut Foster out of the process.

An architect source said: “If it is working with the partner architect from Barajas there’s every chance Ferrovial will take it back to Spain. I don’t know if there’ll be room for Foster.”

BAA said: “Ferrovial and Laing O’Rourke have commissioned Vidal and Foster to do detailed designs for Heathrow East as a joint venture.”

Foster + Partners said it would work alongside Vidal Arquitectos in a joint venture to a design and build Heathrow East.

Vidal Arquitectos confirmed that it was working at Heathrow, but would not comment further.

More on the east terminal at www.building.co.uk/archive