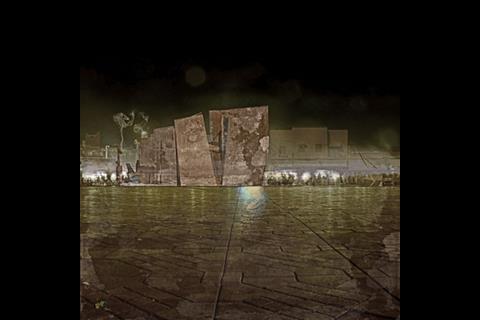 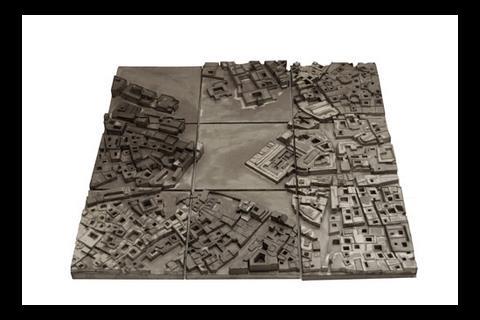 Studio 4 student Ben Farnsworth on the project: “In the opening sequence of the 1956 movie ‘The Man Who Knew Too Much’ Hitchcock stages the assassination of a spy in the Djemaa el Fna market of Marrakesh. The market’s name means ’assembly of the dead’ in Arabic.

Contrary to this, the square forms a stage set for different protagonists: during the day crowds gather to watch a play of acrobats, story-tellers and magicians that by night transforms into a performance of flickering lanterns and savoury mist.

Our starting point for the year was the spectacle. We were investigating the notion of architectural space as a field of events and sequences. This suggested that places and buildings are never still but constantly in a state of flux defined by economic exchange, cultural shifts and changing climates.

Through a series of projects, spectator and spectacle, students took a close look at the shifts and movements somewhere in London (traces of forgotten spaces, snapshots of contemporary life, an overlooked space in the city, a space trapped within a split second, a space unfolding in a rhythm, the imperceptible space of an encounter, an intermittent space).

A series of projects were developed using film material or a vessel of projected narrative to define their individual interest and to form a distinct architectural brief.

Final Project It took us to Marrakech. Projects were sited in the gap of the real and imaginary, between fact, myth and speculation. Observing that spaces have never been static, changes are the key condition for the variety of proposals developed in the studio 4 this year.

Local Marrakechis, eager to guide the uninitiated through the medina’s labyrinthine souks, refer to the space in English simply as ‘big square’, but the Djemaa el Fna isn’t a square in any European sense of the word.

Emerging from one of the narrow alleys to the north or west into its vast expanse gave me the sense that I had been flushed through a great flume into an eddying torrent of humanity: The Djemaa el Fna is an eruption of multiple human spirits, vivified over the course of its daily cycle by a tumbling assortment of acrobats,juice-sellers, snake-charmers, storytellers, monkey-pimps and meat-grillers, crooks, beggars, drummers, donkeys, cars and carts.

As a tourist in Marrakech I was always semiconscious of the collusion between us as foreign observers and the locals we observed; of our strange role in creating and sustaining the landscapes, situations and lifestyles we appeared, superficially, to be merely witnessing. Nonetheless, walking in the medina it is possible to plunge ‘authentically’ from century to century within the space of a few steps.

I saw skilled basket makers working in a manner unaltered since the time of the Almoravids (who ruled the city during the course of the 11th and 12th centuries) and observed a second later rooftops coated by a thicket of satellite dishes, each a simulacrum.”of some object of contemporary desire.”