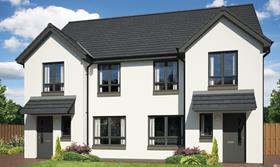 Scottish housebuilder Springfield Properties said it expected profit for its first full year as a stock market-listed firm to be 43% ahead of 2017’s £6.7m.

The group, which joined the AIM index in October last year, said in a trading update it had made “significant progress” in the first half of 2017/18, and as well as the pre-tax profit lift it also expected turnover to rise by 27% ahead of last year’s £110.6m.

Springfield said the better-then-expected sales growth was due to faster completion of the sites it had bought from Redrow seven years ago, while margins were strong across other Springfield sites.

In May Springfield bought Dawn Homes, a Glasgow-based housebuilder, for £20.1m, a move which boosted the former’s land bank for private housing.

Springfield will announce its full year results on 18 September 2018.