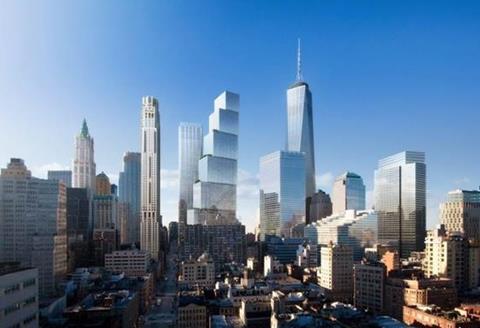 The 80-storey tower located at 200 Greenwich Street is being developed by Silverstein Properties and will provide 2.8 million sq ft of floor space encased in a stacked block design, allowing for the creation of parks and plazas in the sky.

WSP has also been revealed as the structural engineer on the project and UK-based consultant Gardiner & Theobald as project manager for Rupert Murdoch’s News Corp and 21st Century Fox, which have signed up to occupy the lower half of the tower.

The tower is the last of four skyscraper sites in a decade–old master plan for the Ground Zero site. The building will house TV studios and 100,000 sq ft of retail space over multiple levels.

The previous 79-storey design for the site by Foster & Partners was halted by the recession and a row about reducing its height to just four storeys to reflect the slump in demand for office space.