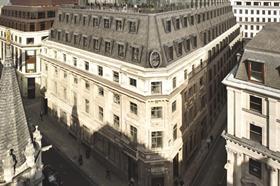 Developer Stanhope is pushing ahead with a third major central London scheme in a month, after appointing Mace to build a £45m office scheme at 8-10 Moorgate.

The news is further evidence of an upsurge in activity at developments managed by Stanhope. Last month the firm said that it was pressing on with a 15-storey £100m office scheme at 70 Mark Lane in the City and with plans for a major extension to Selfridges’ flagship store in Oxford Street.

Mace is set to start on the Allies & Morrison-designed Moorgate scheme in the next few weeks.

The development won planning approval from the City of London in May 2009, but has been on hold ever since. The scheme is owned by Japanese property investor Mitsui Fudosan, which is also owner of 70 Mark Lane.

A source close to Stanhope suggested the developer was pushing ahead with mid-range City schemes to fill a perceived gap in the market for headquarters-style buildings with large floor plates, as opposed to the current crop of towers with smaller floorplates.

Mace will retain two of 8-10 Moorgate’s existing facades and construct an eight-storey core.

Demolition work at the site has already been completed by specialist contractor Keltbray.

Neil Clemson, Faithful+Gould’s London MD, confirmed the firm was no longer working on the scheme. He said: “We have a positive relationship with Stanhope and are working with them on a number of other schemes.”