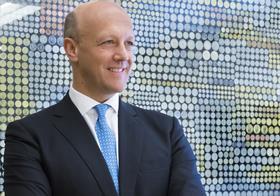 Grant, who will become a shareholder, is set to take up the role on 3 September, with David Camp remaining as chief executive.

Grant has been at Blackstone Real Estate for 18 years, most recently as the senior managing director and head of asset management for Blackstone’s Asia-Pacific business.

He joined Blackstone’s London office in 2000, before moving to Hong Kong in 2010 to help the firm build their Asia-Pacific business.

Camp said: “This is a newly created role which will involve Stuart working alongside me and the other directors to drive our business forward and to build on the success and pedigree of Stanhope.”

The British Library extension has been drawn up by Rogers Stirk Harbour & Partners.

Stanhope has also  been working on the redevelopment of the BBC Television Centre in west London.