Stanhope has reported an increase in its pre-tax profit for 2015 to £13.2m 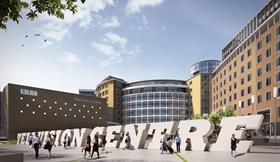 Chief executive David Camp said the developer had increased its staff numbers from 48 to 60, adding that they expect to increase the firm’s staff by a “further 10% in the next 12 to 24 months”.

Camp said Stanhope is focusing on long-term, complex projects such as the development of the Television Centre, which will deliver “beyond the current cycle,” which he attributed partly to a competitive market where “the acquisition of new development projects in the short term at appropriate pricing is very limited”.

The firm also anticipates a move of its headquarters before the end of the year as its lease expires on its current home in St James’s Square. Camp said this “will require significant capital investment in new accommodation, fit-out and technology”.