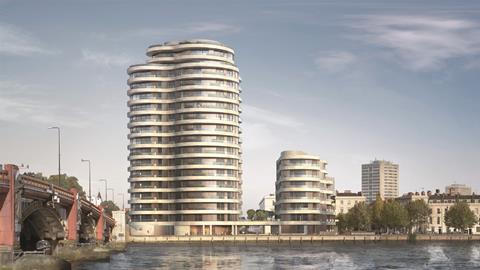 Riverwalk SW1 has been designed by Stanton Williams Architects for developer Ronson Capital Partners and will provide one to four bedroom flats and penthouses in two 18 and seven-storey towers.

Cantillon has been awarded the demolition contract and Sir Robert McAlpine has been appointed pre-construction advisor in advance of a main contractor being selected next year.

Completion is expected in 2015.